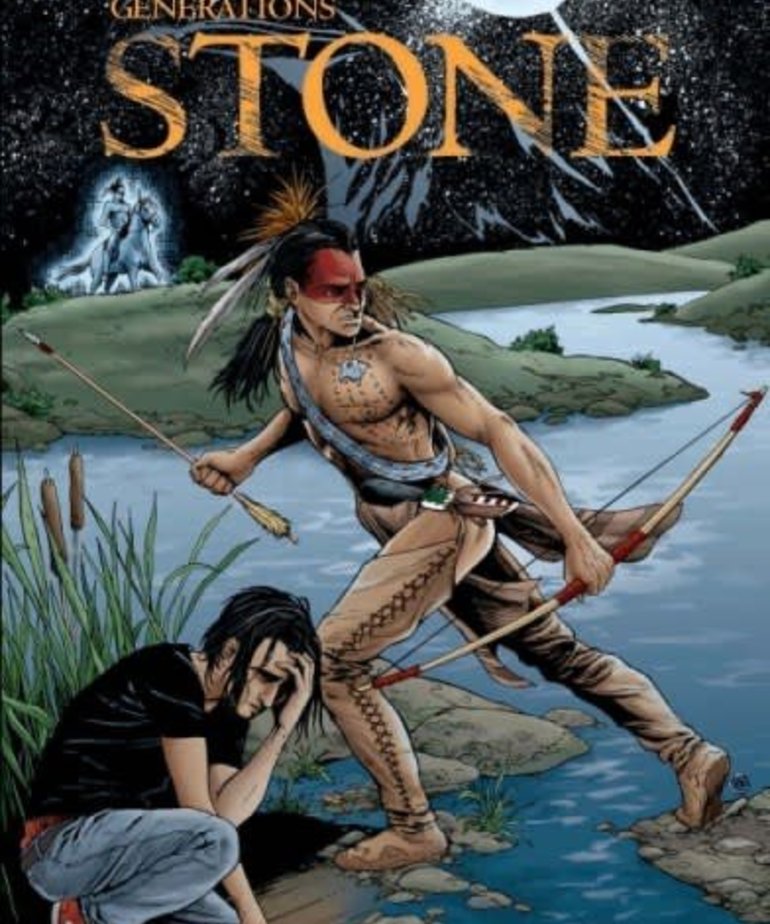 Stone introduces Edwin, a young man who must discover his family’s past if he is to have any future. Edwin learns of his ancestor Stone, a young Plains Cree man, who came o
Tweet
7 Generations Graphic Novel Indigenous
Add to wishlist / Add to compare / Print
Availability: In stock (2) Available in store: Check availability

Stone introduces Edwin, a young man who must discover his family’s past if he is to have any future. Edwin learns of his ancestor Stone, a young Plains Cree man, who came of age in the early 19th century. Following a vision quest, Stone aspires to be like his older brother, Bear, a member of the Warrior Society. But when Bear is tragically killed during a Blackfoot raid, Stone, the best shot and rider in his encampment, must overcome his grief and avenge his brother’s death. Only then can he begin a new life with his bride, Nahoway. It is Stone’s story that drives Edwin to embark on his own quest.

Stone is the first book in the graphic novel series, 7 Generations. Other books in this series:

Book 3: Ends/Begins, the story of Edwin’s father, and the residential school saga.

Book 4: The Pact, a story of redemption, as father and his son reconcile their past and begin a new journey. 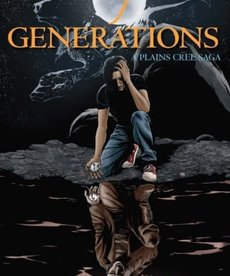 Add to cart
Add to wishlist
Add to compare
Quick view
7 Generations: A Plains Cree Saga
Edwin is facing an uncertain future. Only by learning about his family’s past—as warriors, survivors of a smallpox epidemic, casualties of a residential school—will he be able to face the present and embrace the future.
C$34.00 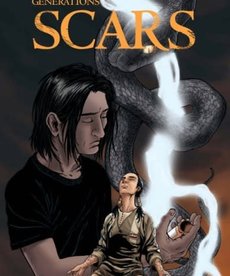 Scars introduces White Cloud, a young Plains Cree boy, in the year 1870, when the last great smallpox epidemic swept through the prairies. After witnessing, one by one, the
C$13.95 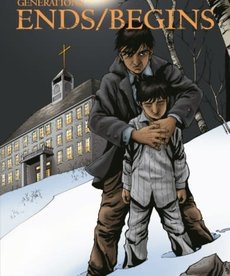 In 1964, two brothers are taken from the warm and loving care of their grandparents, and spirited away to a residential school, miles from home. James, assigned to manual w
C$13.95 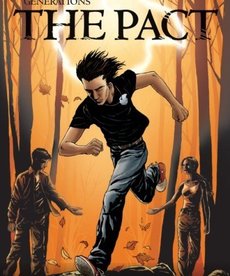 As the pain and loss of James’s residential school experiences follow him into adulthood, his life spirals out of control. Haunted by guilt, he is unable to maintain a rela
C$13.95